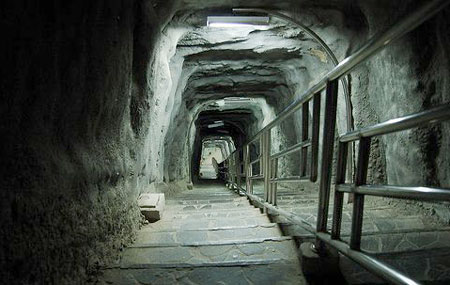 Of all benefits that tourists can get from a vacation, knowledge or information regarding the history is indeed quite helpful for them. That means historical tours become more popular these days, especially among historians. In this case, there is a nice place to explore called the Japanese Tunnel or Lobang Jepang in West Sumatra Province. To be exact, the location is in Bukit Cangang Kayu Ramang Village and it belongs to Guguk Panjang Sub-District, Bukittinggi City. According to the locals, it is the reminiscence of the Japanese Army during their invasion back then.

The Nuance
After paying a small amount of entrance fee, tourists are allowed to explore the tunnel to their heart’s content. One thing, the nuance is dark and damp so it is better to carry a flashlight when entering the tunnel. Also, it is recommended to come with a guide due to the difficult route. The fact is that the tunnel has the length of about 1470 meters and it features numerous hallways, which is similar to a labyrinth. No wonder, everyone can easily get lost if they carelessly explore the tunnel (especially without the help of a guide).

Exploring Japanese Tunnel
It is, without a doubt, the tunnel looks spooky and dark. Knowing this fact, everyone should reconsider if they want to come there alone. Instead, tourists need to visit and explore it with a tour guide. Even though they come with friends or families, they should not overlook the help of the guide! This person may tell them both history and urban legend related to Lobang Jepang, after all. It is said the site has become the home of ghosts of those who died in Romusha or forced labor during the reign of Japan back then.

The adventure starts from the entrance of the Japanese Tunnel. From there, tourists may go down and pass through 130 stairs in order to get to the cave located underground (with the distance of about 40 meters). According to the guide, the entrance was once used as a surveillance hole by the Japanese Army. The unique fact is that the atmosphere feels cool instead of damp below. When it comes to the condition, the walls are uneven and look wavy. It is said the Japanese purposely built it that way in order to muffle earthquakes!

In the past, the tunnel has lots of bats and swallows living in it. These days, fortunately, tourists won’t find such animals so it looks cleaner and more comfortable. Here is the rumor regarding the tunnel. It is said there is a long hole functioned as the trap! The Japanese built it in order to repel any invaders during the war. Thus, coming with a tour guide is the best bet in order to explore the tunnel safely and comfortably, no?

How to Get There
In order to get to the Japanese Tunnel, tourists should head to Guguk Panjang Sub-District first. Later, they only need to visit Bukit Cangang Kayu Ramang Village where the tunnel resides. If they come from Padang City, the trip may take about 2 hours and 26 minutes as the distance is 95.1 km. For a faster trip, though, they can take Lintas Barat Sumatra Street.